Revelation 21:1 (NASB)
1 Then I saw a new heaven and a new earth; for the first heaven and the first earth passed away, and there is no longer any sea.

After the day of judgment before the white throne, when all of the unsaved are cast into the Lake of Fire, the earth we live on today will pass away and God will give to us a new Earth. The scripture says that there will no longer be any sea. I do not believe this is talking about seas as in great bodies of water.
The Bible often uses “land” to symbolize Israel or the Jewish people, and the “sea” to represent the gentile nations. We who are given the new earth will all be God’s children. There will be no gentile nations. There will be no sinners. So symbolically there will be no sea.
However, it is entirely possible there will be no great bodies of water. Today we need water to survive. Life as we know it cannot live without it. On the new Earth however, we will have our glorified bodies that will never die. We will no longer need water to survive so there may be no reason for God to put it on the new earth.
Contrary to a common teaching, the new earth will not be this earth remade. It will be an entirely new creation from God and will be many times larger than this planet. The Bible says God will place a new Jerusalem on the new earth. It will not be a city made by our hands, but by God’s, and placed on the new earth. The Bible gives us the size of this city.

Revelation 21:15-17 (NASB)
15 The one who spoke with me had a gold measuring rod to measure the city, its gates, and its wall. 16 The city is laid out as a square, and its length is as great as the width; and he measured the city with the rod, twelve thousand stadia; its length, width, and height are equal. 17 And he measured its wall, 144 cubits, by human measurements, which are also angelic measurements. 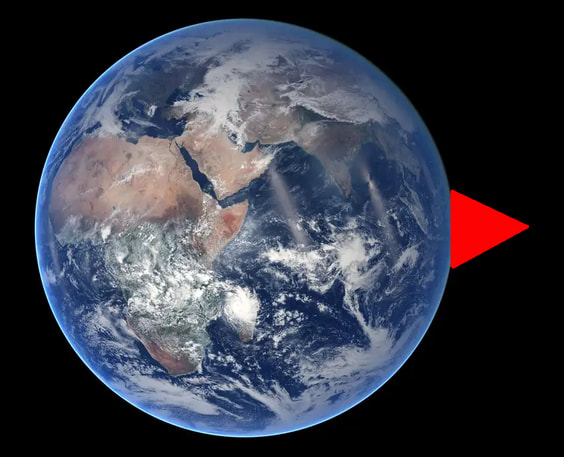 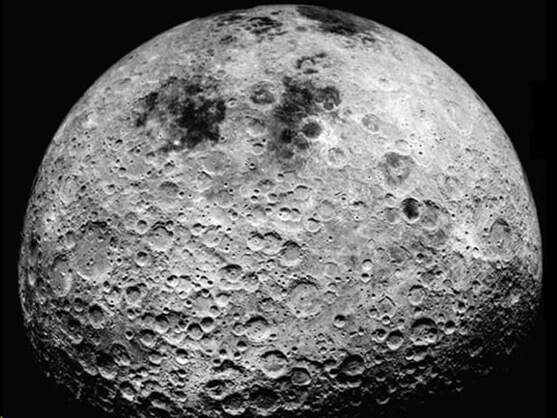 All of those craters you see in the picture? Those are due to asteroids or comets impacting the moon. Our atmosphere does not only give us air to breath, but it protects us from being constantly pelted by comets and asteroids. If a city that size was placed on a planet this size, that city would be destroyed.
To handle a city that size, the new earth would have to be hundreds of times larger than this one, at the least.
So the Lord will give us a new Earth that will be many many times larger. He will then place a new Jerusalem on that new earth. An amazing city created by the hands of God.

Revelation 21:18-21 (NASB)
18 The material of the wall was jasper; and the city was pure gold, like clear glass. 19 The foundation stones of the city wall were decorated with every kind of precious stone. The first foundation stone was jasper; the second, sapphire; the third, chalcedony; the fourth, emerald; 20 the fifth, sardonyx; the sixth, sardius; the seventh, chrysolite; the eighth, beryl; the ninth, topaz; the tenth, chrysoprase; the eleventh, jacinth; the twelfth, amethyst. 21 And the twelve gates were twelve pearls; each one of the gates was a single pearl. And the street of the city was pure gold, like transparent glass.

However, we will not all be living in that city. This will be the capital city of the world. The Holy City where the highest citizens will live. We will spread out from that city and build nations and cities just like we did in this world. Only this time those places will all be governed under God and contain no sin.
The kings of the nations on the new earth will come and bring their glory into the New Jerusalem.

Revelation 21:24 (NASB)
24 The nations will walk by its light, and the kings of the earth will bring their glory into it.

If there are kings, there will assuredly be servants.

Mark 9:35 (NASB)
35 Sitting down, He called the twelve and *said to them, “If anyone wants to be first, he shall be last of all and servant of all.”

If there are kings and servants, there will also be many other positions and trades. There will be laborers and builders. There will be artists and entertainers. Designers, both architectural and interior and many others. The position and career you are given, the level of authority you receive in the New Earth will be according to how great your rewards are.

1 Corinthians 3:8 (NASB)
8 Now he who plants and he who waters are one; but each will receive his own reward according to his own labor.

2 John 8 (NASB)
8 Watch yourselves, that you do not lose what we have accomplished, but that you may receive a full reward.

Revelation 22:12 (NASB)
12 “Behold, I am coming quickly, and My reward is with Me, to render to every man according to what he has done.