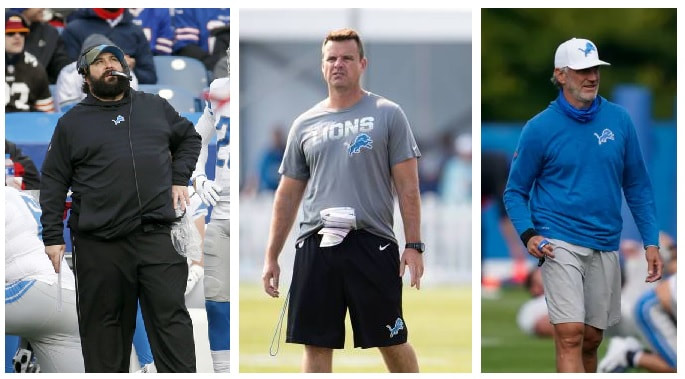 The 2020 Lions season begins this Sunday and the entire season hangs on the decisions of one man. No, it’s not the Head Coach Matt Patricia. No it’s not even the franchise quarterback Matthew Stafford. The season rests in the hands of the new Defensive Coordinator, Cory Undlin.
Last season we saw what this offense was capable of with Stafford being aggressive under Darrell Bevell. We saw it and we loved it. Stafford was having a career year and might have had one of the all-time best seasons ever for a QB in the NFL if it had not been derailed by a broken back. Anyone who is a Lions fan and understands the game is waiting in anticipation to see if Stafford can continue what he started in 2019.
Yet as good as the offense was in 8 games with Stafford last year, the Lions were only 3-5 when he got injured. The problem with this team is not the offense. The problem, as anyone who has a football IQ over 5 could see, is the defense.
Some would argue it didn’t have good enough players, but that simply is not true. The problem is the scheme. Patricia believes in playing run stop at the line of scrimmage and dropping extra players into coverage to try and confuse the opposing quarterback. To put it point blank, it is the stupidest defensive mentality I have ever seen in the NFL.
Every QB who is in the NFL, including the backups, is good enough to look like a star if he has all day to wait for a receiver to come open. The difference between bad QBs and good QBs is not how good they can throw the ball, but how well they keep their calm under pressure. The better a QB is, the more pressure it takes to get him rattled! But don’t believe the hype that a great QB will beat you if you blitz him. That is not necessarily true.
A great QB will stay calm under pressure. So if you blitz him, he will often still find the open man and hit him. But a blitz still makes him throw the ball earlier than planned, it makes him think faster on his feet and it ups the possibilities of a bad throw, a sack, or a bad decision if not just throwing the ball away and losing a down. The more you blitz them and put pressure on them, the more even the greatest will feel the pressure even when it is not there.
The way to beat any great QB is not to give him all day, when even bad QBs can take advantage of that. It is to put more and more pressure on him until it finally gets to him.
Recently there was an article where Patricia said that they will have the same scheme but Undlin will be calling the plays. At first, this had me irate. It said they were sticking with run stopping at the line and dropping into coverage. It said that the defense that has failed miserably for two straight years was going to be the downfall of the Lions for a third straight season. Then I started to see a possible silver lining.
Yes the scheme sucks because it puts no pressure on the opposing quarterback. But there is a reason for hope now. It won’t be Patricia calling the plays. It will be Undlin! Is it possible that Undlin could call more blitz plays? Even this scheme can succeed if they use the blitz to put pressure on the quarterbacks.
If Undlin calls the blitz at a much higher clip, this defense could succeed and with it the Lions season will too. The Lions were losing last year but they were keeping every game close. That’s with a terrible defense. If they blitz a lot more and it even gets to be an average defense, many of those losses turn into wins.
However if they do not use the blitz much and live by the myth that a good QB will beat a blitz, then this defense will once again be very bad. Once again the offense will keep us in games only to lose because the defense can’t stop anyone when it counts. This season will be a waste.
We know the offense can be great. It was a passive offense under Cooter but under Bevell it has been aggressive and powerful. The question is whether Undlin will be aggressive or passive. If he is aggressive, the Lions are in for a big year. If he is passive, they will fail to make the playoffs again. If I could give Undlin one piece of advice, it would be this.
“Pansy doesn’t win in football!”